Learn About The New 2016 Toyota Corolla at Andrew Toyota

The 2016 Toyota Corolla is a sensible blend of fuel economy, features, versatility and value, which make it a great choice for small sedan shoppers. At Andrew Toyota we ALWAYS have a large selection in our new Toyota inventory.

The 2016 Corolla‘s 1.8L 4-cylinder gets its available 17-inch wheels (4) spinning—and your driving spirit stirring. LED headlights blaze a path through town and country, leaving a stylish impression upon both.

Safety Rides With You.

The 2016 Corolla comes with Whiplash-Injury-Lessening (5)  front seats that can help reduce the severity of injury in certain rear-end collisions. Our innovative Star Safety System TM and 8 standard airbags (2) drive by your side, too.

***Options shown. S Plus Shown In Header image in Blue Crush Metallic with available moonroof. *** (1) 2016 EPA-estimated 28 city/37 highway/31 combined mpg for Corolla L with manual transmission. Actual mileage will vary. (2) All the airbag (AB) systems are Supplemental Restraint Systems. All ABs (if installed) are designed to inflate only under certain conditions and in certain types of severe collisions: frontal and knee ABs typically inflate in frontal collisions; side and side curtain ABs in side collisions; Roll-Sensing Curtain ABs at a severe tilt degree, roll or lateral G-force. In all other accidents, the ABs will not inflate. To decrease the risk of injury from an inflating AB, always wear seatbelts, sit upright in the middle of the seat as far back as possible and do not lean against the door. Do not put objects in front of an AB or around the seatback. Do not use a rearward-facing child seat in any front passenger seat. The force of an inflating AB may cause serious injury or death. See your Owner’s Manual for further information/warnings. (3) Concentrating on the road should always be your first priority while driving. Do not use the hands-free phone system if it will distract you. The Bluetooth® word mark and logos are registered trademarks owned by Bluetooth SIG, Inc., and any use of such marks by Toyota is under license. A compatible Bluetooth®-enabled phone must first be paired. Phone performance depends on software, coverage and carrier. (4) 17-in. tires are expected to experience greater tire wear than conventional tires. Tire life may be substantially less than 24,000 miles expectancy, depending upon driving conditions. (5) Whiplash Injury Lessening front seats can help reduce the severity of whiplash injury in certain rear-end collisions. (6) Manufacturer’s Suggested Retail Price, excludes the Delivery, Processing and Handling Fee of $825 for Cars, $885 for Small/Light Trucks (Sienna, RAV4, RAV4 EV, Highlander Gas, Highlander HV, FJ Cruiser, 4Runner, Tacoma and Venza), $1,100 for Large Trucks (Tundra), and $925 for Large SUVs (Sequoia and Land Cruiser). (Historically, vehicle manufacturers and distributors have charged a separate fee for processing, handling and delivering vehicles to dealerships. Toyota’s charge for these services is called the “Delivery, Processing and Handling Fee” and is based on the value of the processing, handling and delivery services Toyota provides as well as Toyota’s overall pricing structure. Toyota may make a profit on the Delivery, Processing and Handling Fee.)  All prices plus tax, title, license, and $198 dealer service fee. (7) For more information, visit Kelley Blue Book’s KBB.com. Kelley Blue Book is a registered trademark of Kelley Blue Book CO., Inc. (8) Based on IHS Automotive: Polk U.S. Vehicles In Operation registration statistics MY 2006-2015 as of July 2015. (9) Government 5-Star Safety Ratings are part of the National Highway Traffic Safety Administration’s (NHTSA’s) New Car Assessment Program (www.safecar.gov). (10) 2016 model-year vehicle’s projected cost to own for the initial five-year ownership period is based on the average Kelley Blue Book 5-Year Cost to Own data, which considers depreciation and costs such as fuel and insurance. For more information, visit www.kbb.com. 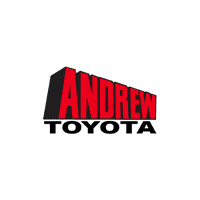